Find me a vault
Compare

Jacob Goldman immigrated with his parents to Israel in 1907 and settled in Jerusalem. After several years moved to Jaffa, studied at Beit-Midrash (religious school) "Gates of Torah" and was a frequent visitor to the home of Rabbi Kook, which advocated the studying of handicrafts and trades as well as Torha. The influence of Rabbi Kook was introduced in the Beit-Midrash learning workshop, which had developed and transformed into the 'School of Crafts - Gates of Torah'. Jacob Goldman studied metal work in this institution and later on he worked in steel fabrication factories in Tel - Aviv.

In early 1914 he was invited to conduct the 'School of Crafts - Gates of Torah' and stood a generation of students which were later the heads of the most important enterprises in the young country of Israel. In the workshop of the school, Mr. Jacob Goldman produced his first fire-resistant iron safes.

On the jewish holiday of 'Lag B'Omer' of the same year, in the presence of the veterans community in Israel, Tel-Aviv came to watch a special pyre. A fire-resistant iron safe, manufactured by Mr. Goldman, was placed in the fire, and within the scroll of 'Kohelet'.

An insurance company, which was persuaded by Mr. Goldman to purchase his safes, asked to examine the safes resilience. Indeed, the morning revealed that the safe and scroll inside were intact. Following the success of his safes, Mr. Goldman founded the company 'Magen Industries' which has produced iron safes and fire-resistant cabinets. The company's products were bought by banks, hospitals jewelers and were distributed throughout the Middle East. Later 'Magen Industries' has produced and built armored treasure rooms in most banks in the country and as well in other countries in the Middle East such as Egypt and Persia. The company's safes earned gold medals at exhibitions' Made in Israel' conducted in years 1932, 1934 and 1936.

In 1945 'Magen Industries' formed partnership relations with the British firm 'Chatwood'. Both companies specialize in the manufacturing of iron and steel safes and in 1946 formed the company 'Magen-Chatwood' and built a large factory. 'Magen-Chatwood', was the only company of its kind in the country with regard to safes and through the partnership with the British company purchased equipment and raw materials in the UK, especially what was left of the military industry during the years of world-war ll. Thus the way was opened for the company, with the outbreak of the Israeli Independence War, to establish a new wing at the factory and the workers of 'Magen-Chatwood' began producing steel plates and protection armor for the vehicles of the new army. At the end of the Independence War it was converted into a production line to manufacture chassis for buses.

Since then the company invested heavily in the development of its products and is responsible for a large number of patents, developments and innovations in engineering of safes and vaults construction and mechanism.

Today ISM Magen Goldman is among the world leaders with a number of patents of its own and serves as a role model throughout the world. Thanks to many years of striving for excellence ISM Magen Goldman owns a global reputation and is a world leader in protection technology and production of safes and vaults. 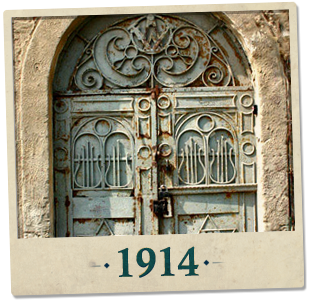